It may not feel like it but there is growing optimism in the U.S. economy. The Conference Board reports its Consumer Confidence Index increased in July, with the most recent figure standing at 90.9, up sharply from the prior month’s figure of 86.4.

In comments following the release of the figures, Lynn Franco, the Conference Board’s director of economic indicators, notes, “Consumer confidence increased for the third consecutive month and is now at its highest level since October 2007. Strong job growth helped boost consumers’ assessment of current conditions, while brighter short-term outlooks for the economy and jobs, and to a lesser extent personal income, drove the gain in expectations. Recent improvements in consumer confidence, in particular expectations, suggest the recent strengthening in growth is likely to continue into the second half of this year.”

The nonferrous market is displaying modest improvement. Prices as of the middle of July have firmed for many nonferrous metals, including aluminum, copper and nickel.

More promising is that the sentiment being expressed by scrap dealers has moved from bleak to optimistic.

Contributing to this new outlook is the growing sense that the U.S. economy is slowly improving. A number of key economic barometers have been trending toward the positive side. Manufacturing has improved in most regions of the country. The transportation sector, especially the automotive industry, also has been moving along, which has resulted in growing demand for a number of nonferrous metals. The aluminum sector has benefited doubly as automakers incorporate more aluminum in newer models to boost fuel economy. This means better demand for aluminum and aluminum scrap.

Aluminum markets recently have shown better-than-expected pricing movement with the decision by the Chinese government to significantly cut production capacity for the metal. Several scrap dealers say, however, that China continues to add new aluminum production capacity despite the announcement.

A scrap metal dealer in the Northeast says prices also have been rallying in light of a fairly bullish quarterly report by the aluminum firm Alcoa. In reporting Alcoa’s numbers for the quarter, Klaus Kleinfeld, the company’s chairman and CEO, said, “Our second quarter results prove Alcoa’s transformation is in high gear. Our strategy of building a lightweight multi-material innovation powerhouse and a highly competitive commodities business is driving compelling and sustainable shareholder value.”

An improving U.S. manufacturing sector has helped firm up aluminum markets. A Texas-based scrap metal recycler says he sees manufacturing continuing to improve through the next several quarters in the South, which should keep the aluminum scrap market in decent shape.

“There is plenty of supply,” he says. “There is a lot of scrap available. Both supply and demand are solid,” he adds.

A Midwestern scrap dealer terms the secondary smelter market as “OK,” adding that mills are running at a good clip. He adds that the higher prices have led to a growing volume of obsolete scrap coming across the company’s scales.

Copper scrap markets also have been improving, with a scrap dealer in New England saying, “Demand has been strengthening.”

Copper markets have rebounded slightly during the past month in part because of the sense that China’s economic problems are easing, which should result in steadier export purchases of the red metal during the next several months.

Counteracting signs of sustained improvement for the red metal, however, is the growing inventory of copper on the global market. According to a number of reports, new mining capacity has been coming online despite the slow growth in copper demand. 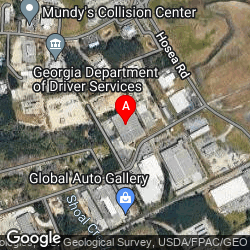