The Institute of Scrap Recycling Industries (ISRI), Washington, has released new, independent data highlighting the role scrap commodities play in U.S. exports. According to the study by John Dunham and Associates, which was released during World Trade Week, U.S. scrap exports generate more than $28 billion in total economic activity.

The data show that approximately 26.36 percent of the scrap materials processed in the United States are exported to other countries for manufacturing into new products. These exports help create jobs in the United States and also reduce worldwide energy demand and the need to mine and harvest virgin materials.

In 2017, more than 40,000 jobs are supported by the export activities associated with the processing and brokerage operations of scrap recyclers operating in the United States, the data show. These jobs pay an average wage of $75,934. An additional 93,772 jobs are provided by supplier operations and through the indirect effects of scrap recycling exports.

New SERI website to promote quality in R2 certification program SERI has been working to completely redesign and rebuild the SustainableElectronics.org website. […] 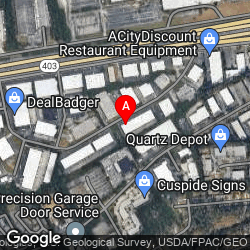